We’re devastated by today’s announcement from Chancellor Rishi Sunak, that the UK aid budget will be cut by 29% from 0.7% to 0.5% of GNI.

Tragically, this year, nearly 130,000 more young children are expected to die of malnutrition than in 2019. The aid cuts announced today will cut short lives. Life-threatening levels of hunger and malnutrition are surging in at least 20 countries.  The decision to slash the UK aid budget puts more children’s lives at risk.

This cut to aid is a political choice, not an economic one. This month, the government has announced an extra £16.5bn in military spending and said that it has not collected around £35bn in tax from big business in the last year. These sums dwarf the roughly £4bn gained from cutting the aid budget.

At a time when child hunger is soaring globally, cutting funding for life-saving support programmes is grossly cruel. The government is prioritising weapons over food and, by its own analysis, far more revenue can be generated by fairly taxing those who have food to eat and money to spare.

No child should go hungry. This is true of children in the UK and children across the world, including in the poorest countries where hunger kills. If there was ever a time to cut our globally respected aid budget, now is not it.

In Somalia, Halima (pictured above) was able to recover from malnutrition after treatment, thanks to the UK aid funded SHINE project.

Names have been changed to protect identities. 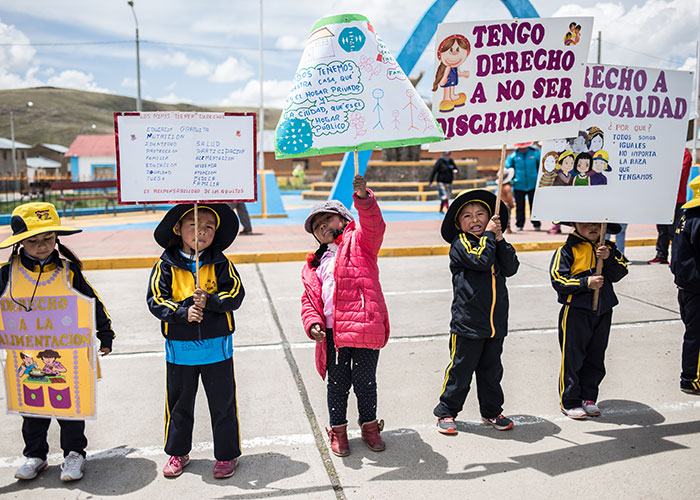 You can be part of a movement to end hunger for good.