Nestled between China and India, Nepal is one the poorest countries in the world.

A third of Nepalese people live below the poverty line, and hunger is widespread – leading to malnutrition that affects the physical and cognitive development of children.

To survive, most families depend on farming. But due to its location surrounded by the Himalayas, Nepal is vulnerable to natural disasters – intensifying the challenges posed by hunger. Floods, earthquakes, storms, avalanches and landslides are common, threatening 80% of the population.

In April 2015, Action Against Hunger responded to an earthquake which left 9,000 people dead and more than 22,000 injured. It was the strongest earthquake to hit the region in decades.

As Nepal recovers, we’re continuing our to tackle child hunger – working in  six districts across the country. One of our colleagues, Kim Winkler, visited Nepal in April and met Fekhana and Amar – two amazing local people supporting the work of Action Against Hunger in their community.

A group of mothers and children have got together at a family home in Balhi, a village in western Nepal a few kilometres from the border with India. Fekhana, a local female community health volunteer in her seventies, is screening the village children for acute malnutrition.

Nepal has seen a steady decline in child undernutrition over the last fifteen years. However, according to recent assessments carried out by Action Against Hunger in 2018, it remains very high. With almost 25% of children undernourished, the report described this rate of high concern, and well above the emergency WHO threshold of 15%.

Fekhana has been tackling malnutrition for 27 years. She enrolled in a government-led scheme when a local doctor recommended her for the role, as there were no female healthcare workers in the community. The volunteer programme launched in 1992 to ease the workload of the health workers at the frontline.

Fekhana’s duties included counselling support for parents on the best way to feed their children, promoting good hygiene practices and helping the delivery of babies in health centres.

A strong start for a doctor

When I met Fekhana, she was working alongside nutrition supervisor Amar.

The seven children screened looked healthy as the MUAC tapes used to measure their upper-arm circumference showed the colour green. This indicates they’re not malnourished, when a red reading would signal they’re in severe need.

One of the children, 32-month-old Sarfrej, was discharged two months ago, but now appears to be healthy at the follow-up screening today.

Amar, who is employed by the government’s health office but financed by Action Against Hunger, is in charge of coordinating 15 community-based health facilities in the area. 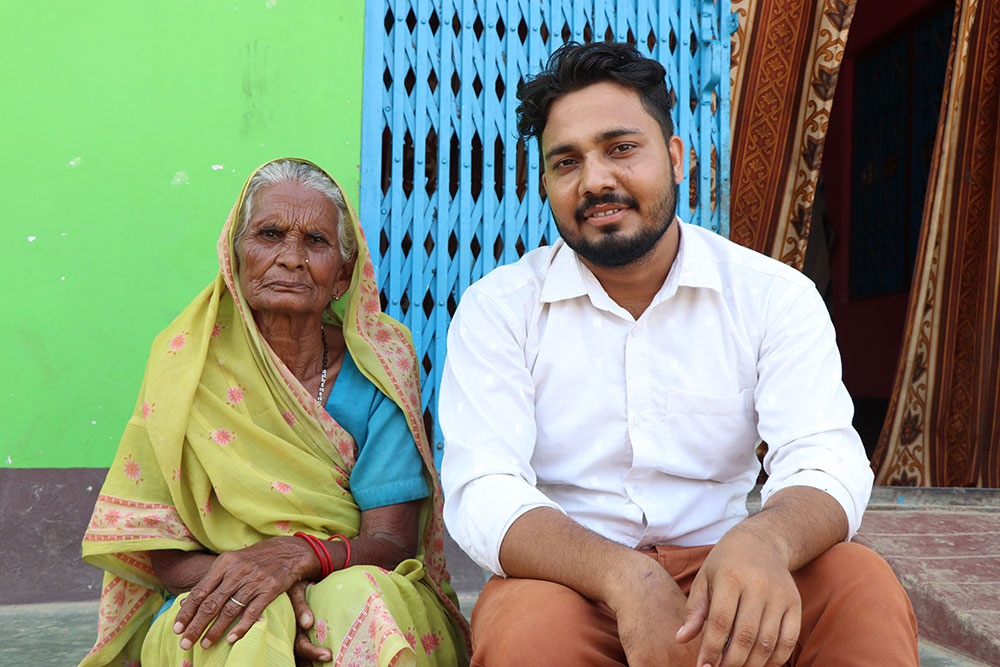 He coordinates female community health volunteers and gives technical support for malnutrition screening in the community. He compiles the data they provide, and shares it with the nutrition team at the government’s health office as well as with Action Against Hunger.

In the past week, Amar screened 361 children in one village alone.

He identified seven as severely acutely malnourished, and three of them have already been admitted to an outpatient treatment centre.

Fekhana is proud of what she does, and will continue to work as long as she can.  When she started as a female community health voluneer, her duties  mainly included  supporting pregnant and lactating mothers in Balhi.

She was also involved in delivering babies in the village. One of them was Amar.

Now they work side-by-side leading the fight against child hunger in children under five in the community. Amar recently got engaged and Fekhana is now looking forward to joining the wedding party.

We're helping vulnerable communities in Nepal, but we can't do it alone. Help us scale up our work to save lives.