Flooding in South Sudan means communities in the world’s newest nation are on the brink of disaster.

The flooding in September was the worst recorded in the area for sixty years. Harvests and houses were destroyed and livelihoods ruined. With hundreds of thousands living in temporary shelter and more than half of the population struggling to access food, the country now faces a serious hunger crisis.

South Sudan is also extremely vulnerable to coronavirus, so the floods have exacerbated an already critical situation.

“Flooding, conflict, Covid-19 and poverty make the situation here dire,” says Sulaiman Sesay, Action Against Hunger’s Country Director in South Sudan. “The world needs to know that people are suffering in this way.”

Photographer Peter Caton visited the Paguir region of South Sudan, a remote area badly hit by the flooding. He photographed the villagers as they fought night and day to clear the water from their homes and build a dyke to protect the village from further flooding. He documented the families who were forced to migrate and those left behind, desperately searching for something to eat.

Meet people from Paguir as they tell us how the floods have changed their lives. 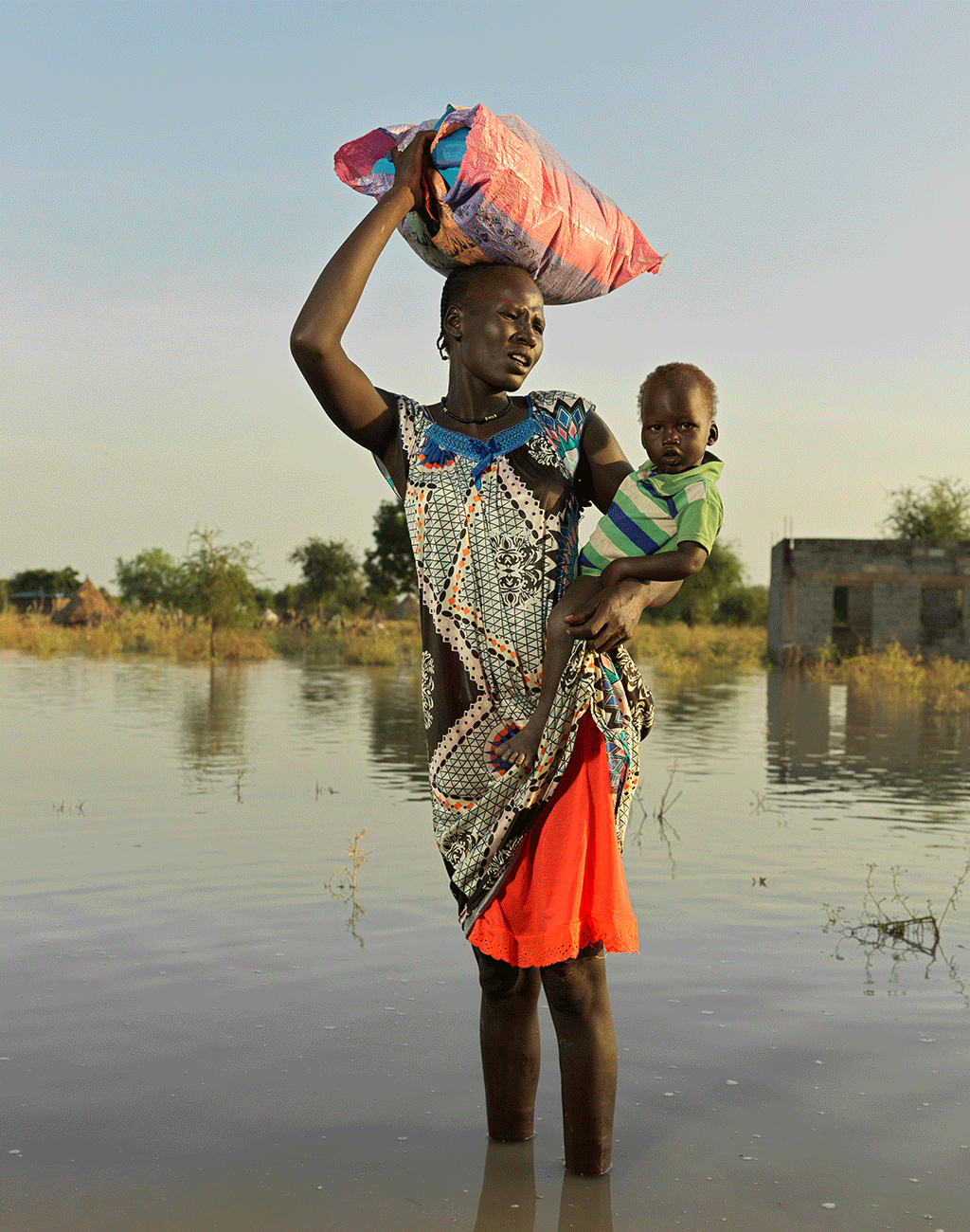 After her home was destroyed by the flooding, 30-year-old Nyapini is heading to higher ground with all her belongings. 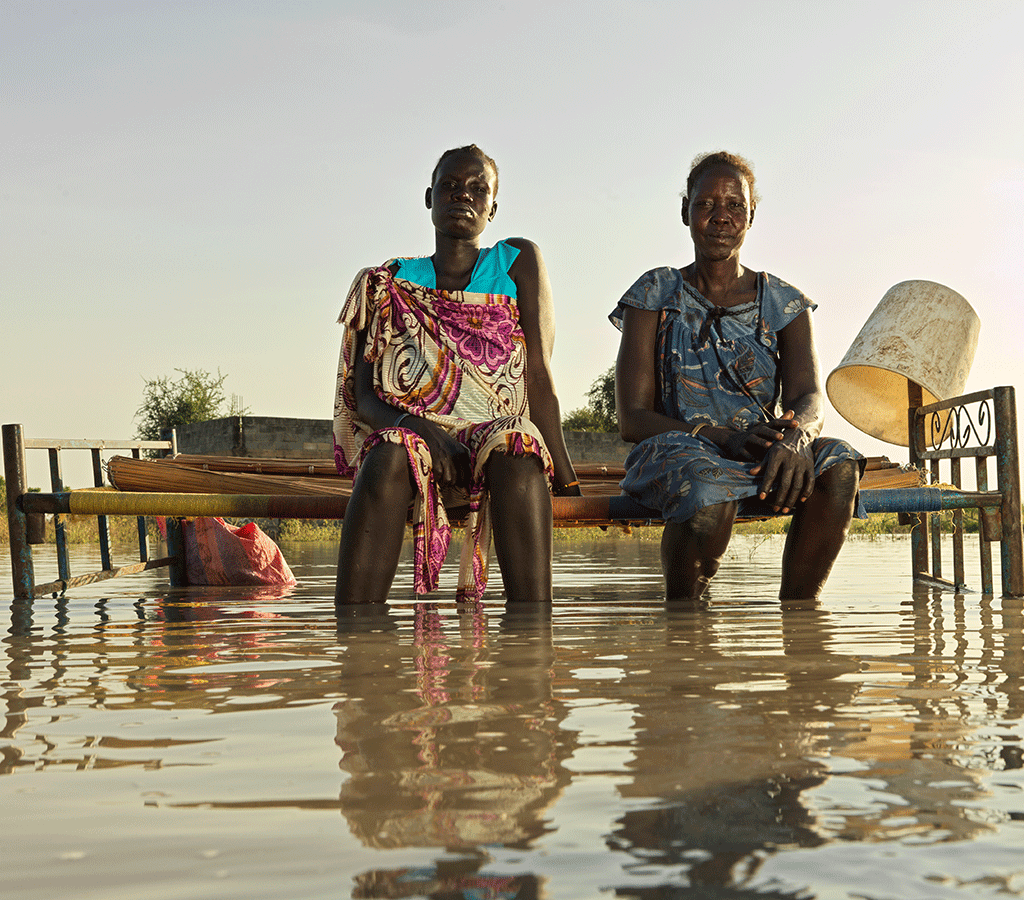 Nyagout Lok, 46, and her pregnant daughter, Nyakoang Majok, 28, have set up a bed in the flood water. There is no room for both of them to sleep inside their temporary shelter. 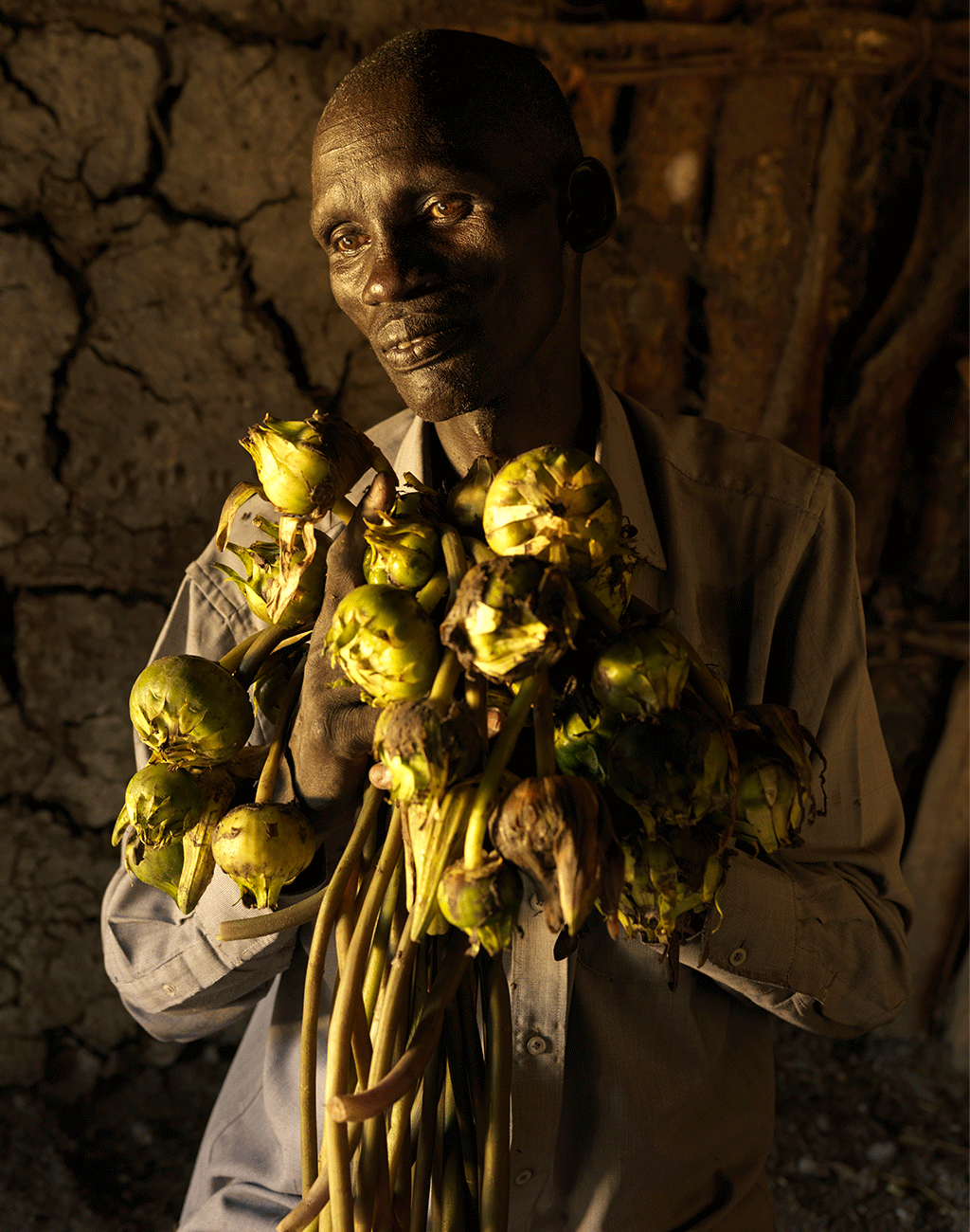 A family migrates to higher ground with their livestock 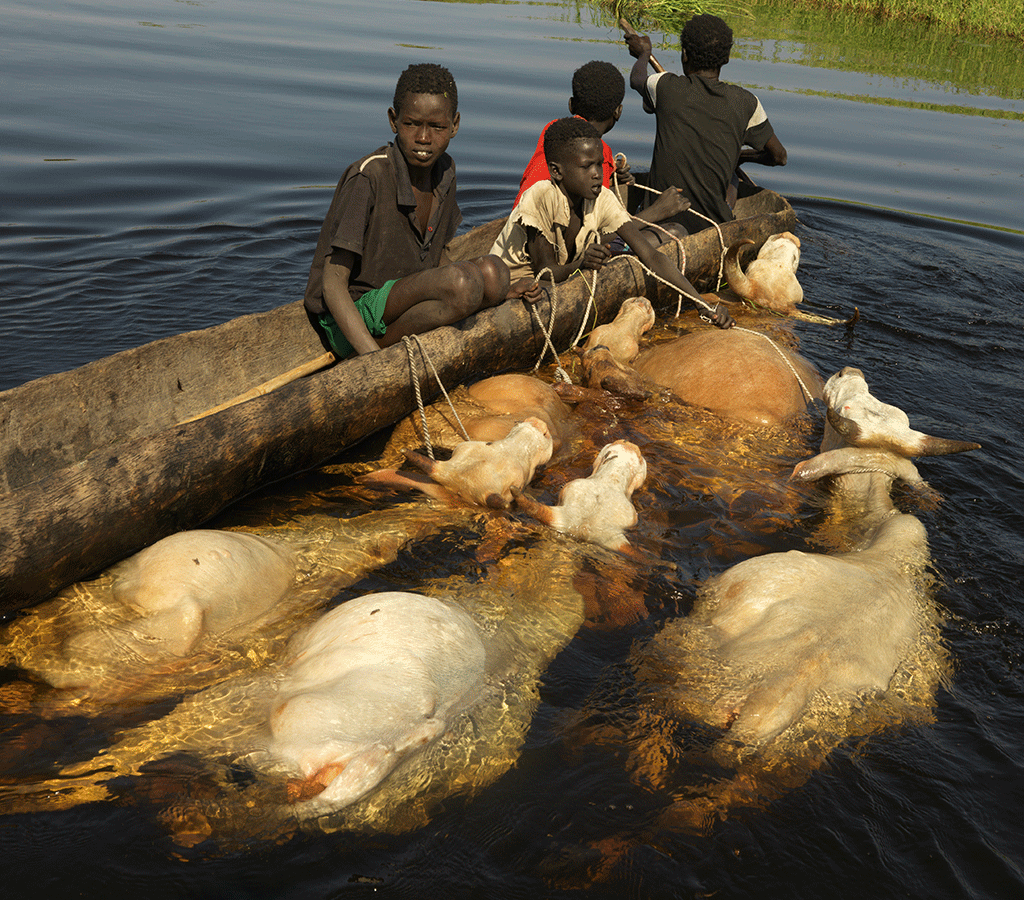 Women and children shelter at a primary school 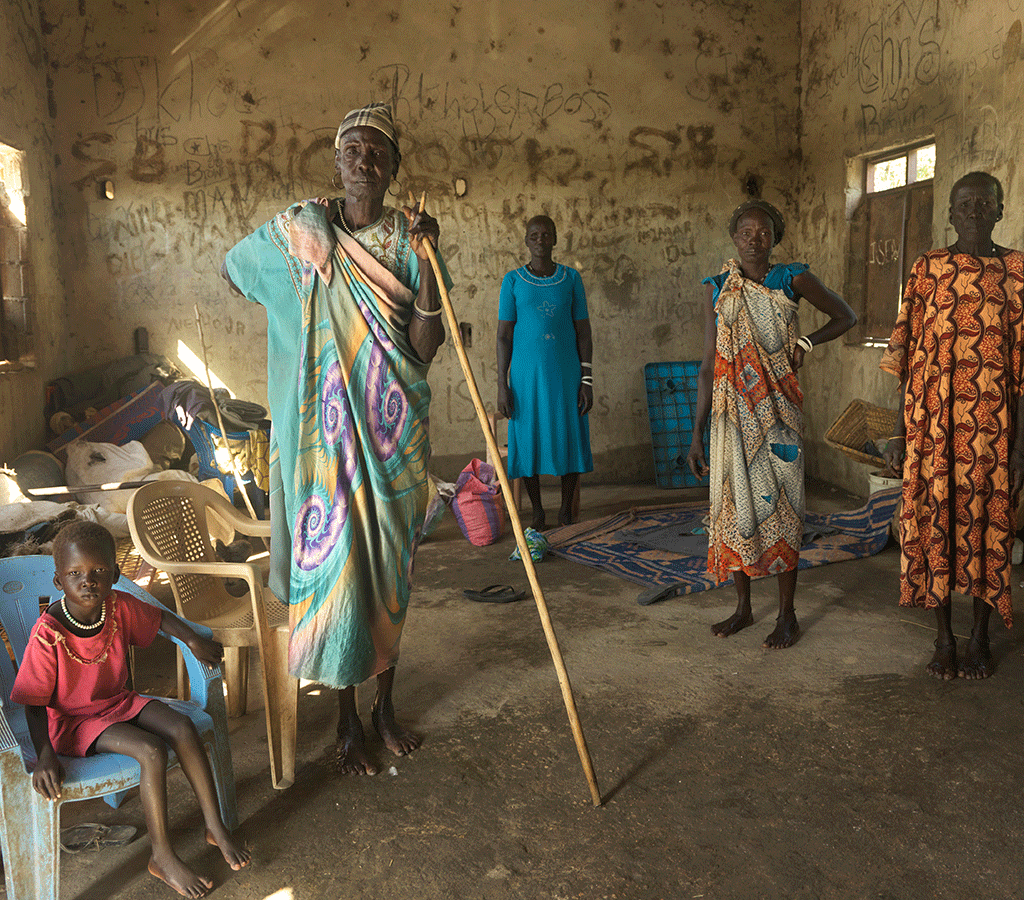 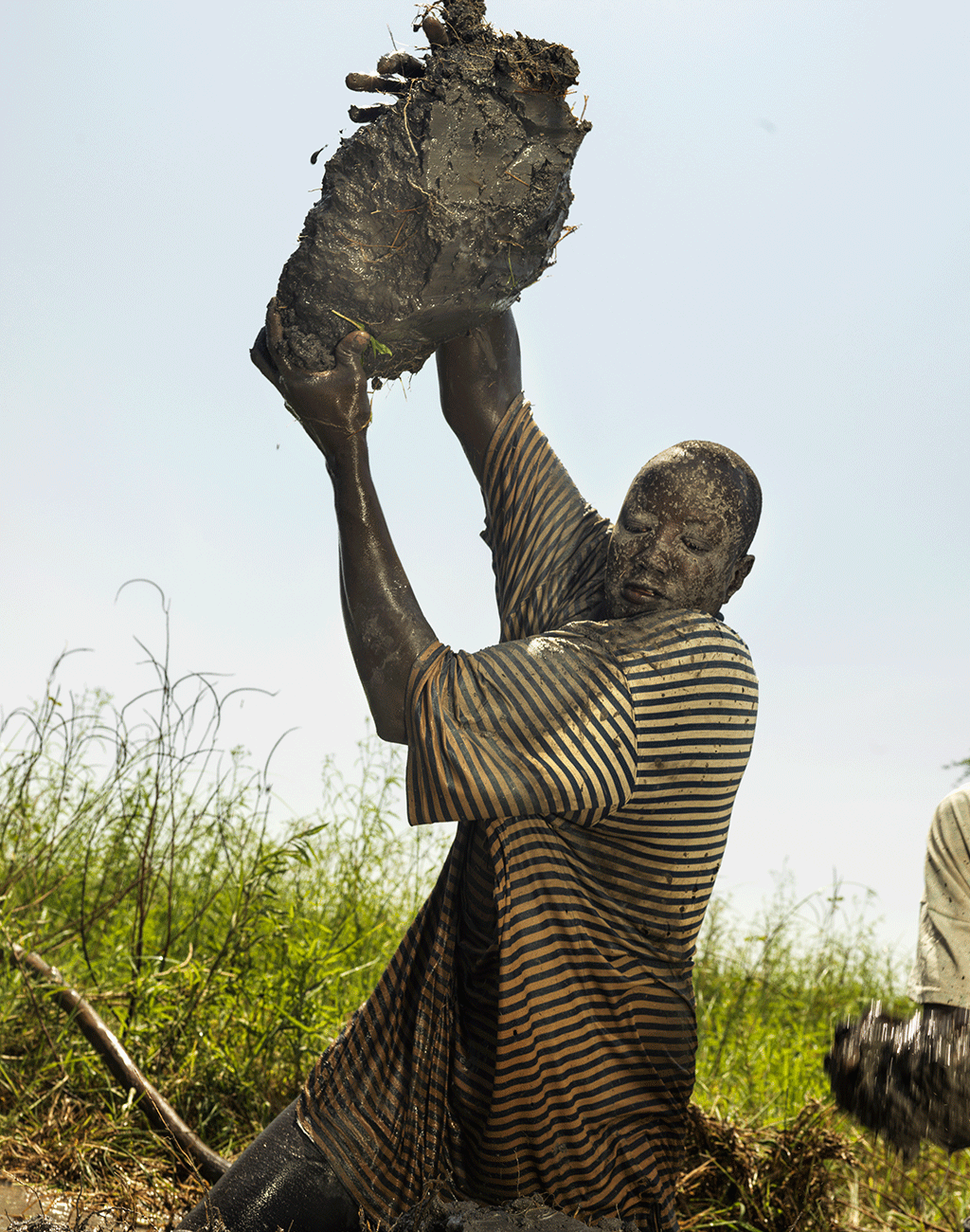 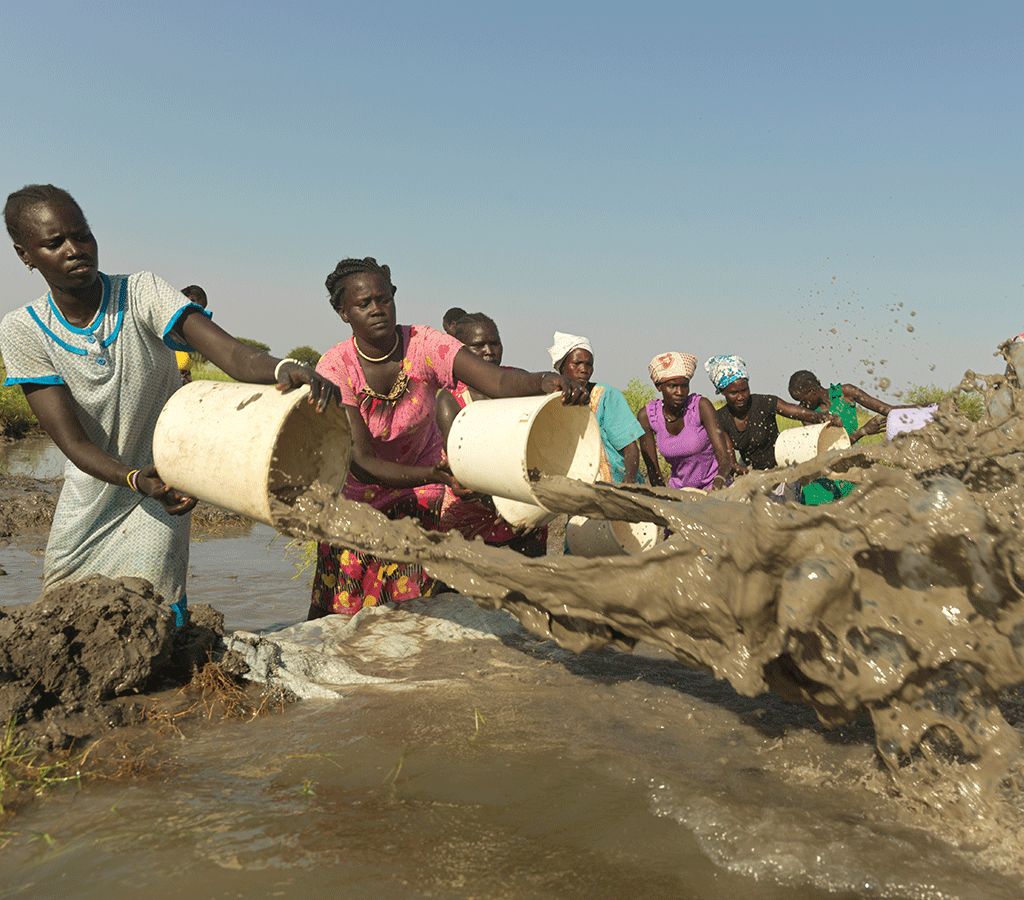 Woman from different communities in Old Fangak volunteer to drain the flooded airstrip – their only way in or out of the area. 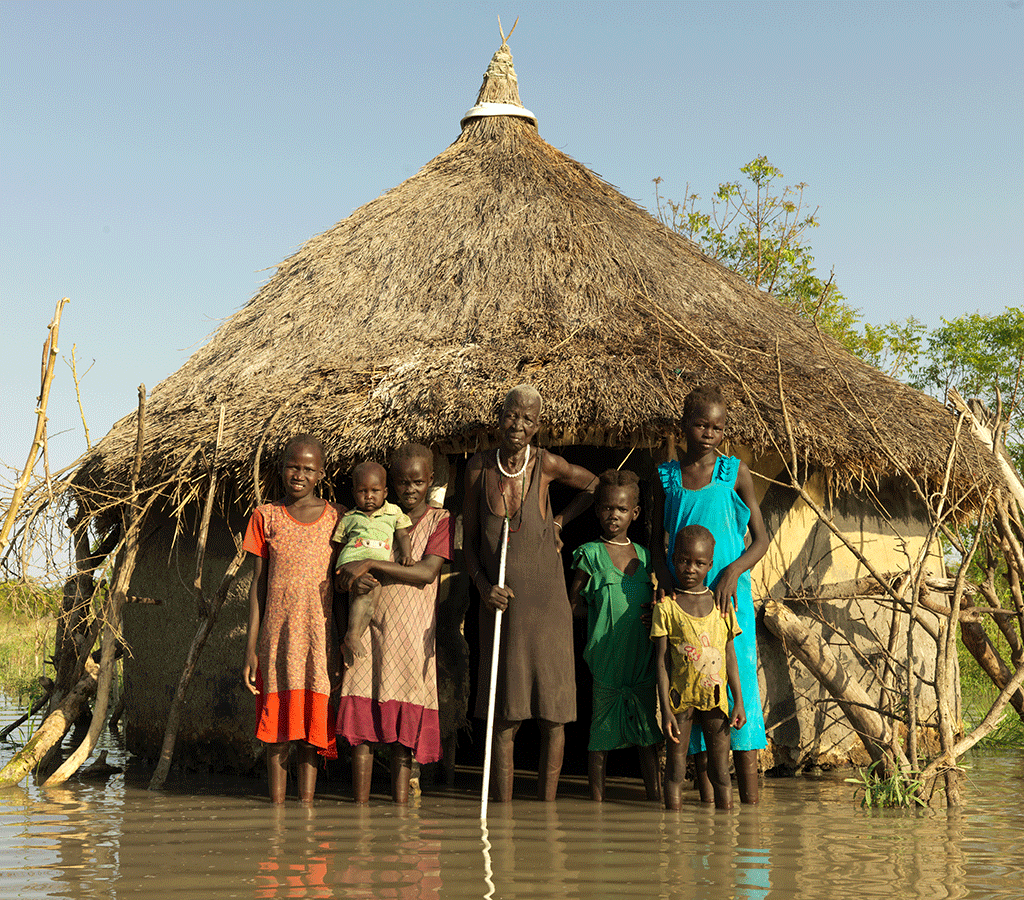 80-year-old Nyabiele Chan, from a village called Pathiey, stands by her flooded home with her grandchildren.

Action Against Hunger teams are responding to this latest disaster in South Sudan. With over one million children fighting the most deadly form of hunger, we’re supporting families by treating malnutrition and providing vital access to safe water and sanitation.

Paguir is extremely remote and humanitarian workers travel long distances to reach the area. That’s why we’ve recently opened a nutrition stabilisation centre in Paguir – to give dangerously malnourished children access to the life-saving care they need.

We're helping vulnerable communities in South Sudan, but we can't do it alone. Help us scale up our work to save lives.