As Action Against Hunger resumes lifesaving programmes in Afghanistan, there are now alarming levels of food insecurity in the country. We temporarily suspended our projects in recent weeks to ensure the safety of our staff.

More than half of the Afghan population – 18 million people – depend on humanitarian aid to survive, yet political instability has disrupted the delivery of food, water, healthcare, and other essential services. An estimated 12 million people in Afghanistan are facing a serious food insecurity crisis and Action Against Hunger’s latest nutrition surveys, carried out before the current crisis, indicate alarming rates of child malnutrition.

“The situation is critical. Chronic malnutrition rates of 30% are officially considered an emergency, and we are seeing rates of more than 45% in Ghor province,” says Mike Bonke, Country Director for Afghanistan, Action Against Hunger.

Before the current crisis, 3.1 million children across Afghanistan were suffering from malnutrition, a life-threatening condition that is preventable and treatable. Nearly half of the children younger than five are expected to suffer from acute malnutrition and need lifesaving treatment this year alone, according to the United Nations. Right now, more than 550,000 people have been displaced within the country, complicating the delivery of essential humanitarian services.

“We must separate lifesaving aid from security and other foreign policy issues. We only seek access to respond to urgent humanitarian needs. This is where our principles of neutrality, impartiality and independence are key,” says Bonke. “Emergency funding is essential, and we must be able to get it into the country. Decades of conflict have left people unable to provide for themselves, a situation made more difficult by the impacts of Covid-19, climate stress and the economic chaos we are seeing now. We cannot forget the millions of women, men, and children who are facing alarming levels of need. We cannot abandon the people of Afghanistan.”

Action Against Hunger was established in response to the humanitarian crisis in Afghanistan in 1979. More than 40 years later, we’re one of the leading organisations working to help the country’s most vulnerable people. Last year alone, Action Against Hunger’s programmes reached 190,543 people in the country. 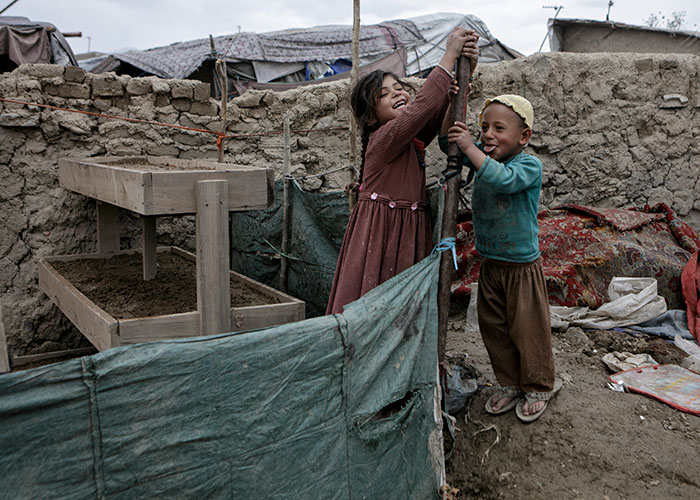 Our work in Afghanistan