Ongoing conflict in Yemen has pushed communities already on the brink further into poverty. With a shattered economy, families struggle to access necessities like food and healthcare, leaving them vulnerable to hunger and diseases. The coronavirus pandemic is now also leading to concerns about a worsening food crisis in the country. With many people losing their jobs, families often have no income.

The conflict has left millions of people like Amal with no choice but to leave their homes.

When the war started in 2015, 22-year-old Amal and her family escaped Al-Hudaydah – Yemen’s fourth-largest city and the centre of some of the war’s most intense fighting. Together with her husband and two children, she moved to escape the conflict. The only option was to live in dangerous and unsuitable accommodation.

While her husband would be out looking for income, Amal would take care of her children. Without basic necessities at home, her children became sick.

Thanks to the community health worker who visited the family at their home, Amal’s two children were screened and later diagnosed with severe acute malnutrition – the most life-threatening form of hunger.

The community health worker enrolled them on an Action Against Hunger-supported malnutrition programme where they received the treatment they desperately needed. Amal’s children started showing improvements and were eventually discharged from the health clinic. On follow-up visits to their home, the community health worker spoke to Amal about the importance of breastfeeding and good hygiene practices.

While we were able to reach Amal’s family, many more children in Yemen are still waiting to receive the treatment they need. Described as the world’s worst humanitarian crisis in decades, five million Yemeni people are on the brink of famine after six catastrophic years of fighting. Two-thirds of the country’s population urgently need humanitarian assistance.

As the country marks the bleak six-year milestone, the UK Government has recently announced a 60% cut to UK Aid to Yemen.

The impacts of the conflict 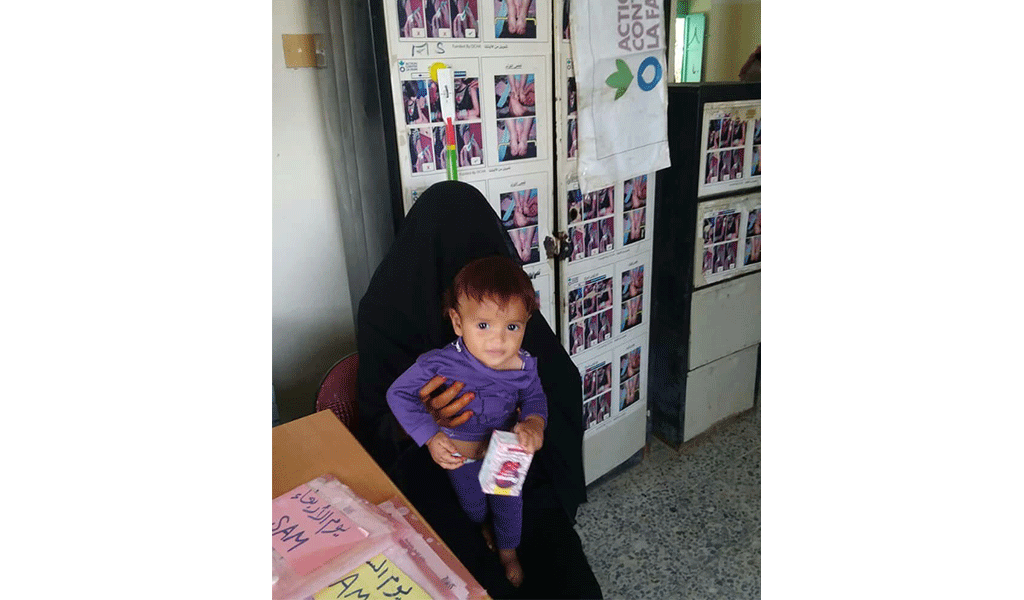 The endless fighting means most Yemenis lack stable access to healthcare. The cost of living in Yemen has also significantly increased. Communities are dealing with inflation, the depreciation of their currency (the Yemeni riyal) and the increased price of goods.

Ten-months-old Nabeel was diagnosed with severe aneamia, jaundice and high fever. His father describes the difficulties facing his family.

Nabeel’s father has no choice but to stand the whole day in the main road under the sun selling water to earn money to buy food and provide for the family.

Thankfully, Nabeel was able to access free treatment for his anaemia, jaundice and fever thanks to an Action Against Hunger-supported health centre.  He was given medicine for his fever and was then referred to a hospital for a blood transfusion. The health centre provided Nabeel’s family money to pay for transport to the hospital where he was nursed back to health.

“Nabeel has been treated and cured,” says Nabeel’s grandfather. “We’ve got awareness about different topics such as hygiene and health practices, malnutrition causes and breastfeeding through health workers. We’re happy and thankful for services and assistance provided by Action Against Hunger.” 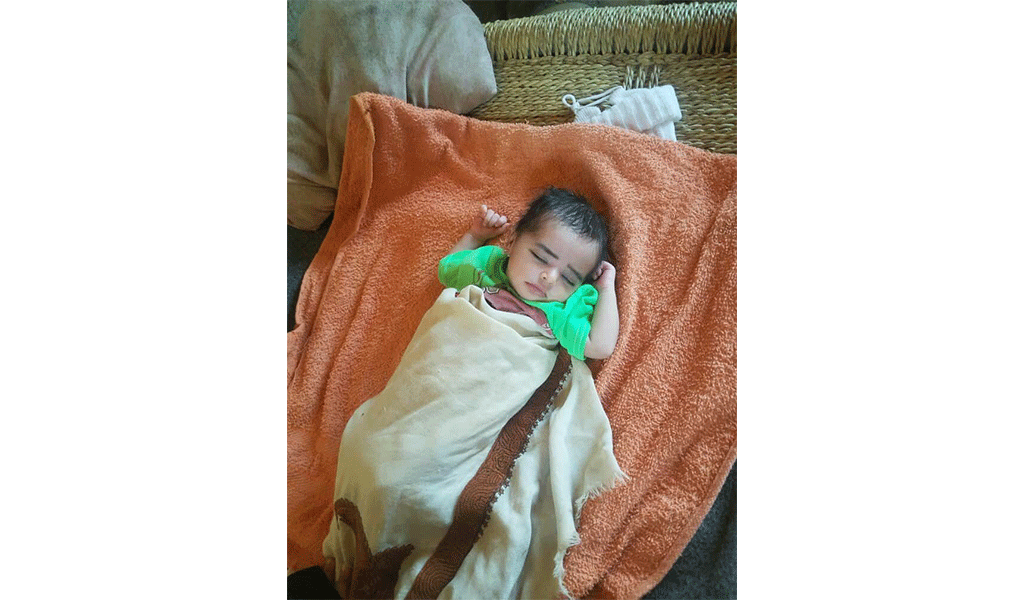 Action Against Hunger is one of the few international aid organisations working in Yemen trying to reach the families affected by the war.

We’ve increased the number of staff working at healthcare services to improve treatment for life-threatening hunger.

When Hayat was nine months pregnant, her husband became concerned when she was experiencing headaches and had swelling in her legs.

“We don’t have the money for treatment in private hospitals,” explains Hayat’s husband.

Action Against Hunger has been supporting families like Hayat’s through free of charge health facilities. At one of these facilities, our staff examined Hayat  and diagnosed her with high blood pressure. Staff at the health facility quickly referred her to a hospital where she received three days of treatment. On the third day, she also gave birth to her new child.

The family also received further support from health workers after Hayat left the hospital. To ensure young children stay healthy, health workers help parents by explaining key hygiene practices, the importance of breastfeeding, and how to provide a nutritious diet for children.

Despite the ongoing conflict, our programmes continue to reach thousands of people throughout the country.

With 24 million people in need of humanitarian assistance, aid cuts could not come at a worse time. UK Aid cuts will leave the country more vulnerable than ever.

Aid programmes have helped provide vital water, food, health services, and shelter for families driven from their homes or living in villages and cities ravaged by the war. Cuts to aid will put these programmes at risk and will have devastating consequences.

UK Aid shows the world that we’re a committed, passionate country that steps in when children are at risk of dying from hunger and malnutrition. There is no greater example of where this commitment is needed than in Yemen.

Friday 26 March not only marks the anniversary of the Yemen conflict, but also the sixth anniversary of the UK’s aid commitments being protected in law. Aid cuts for the world’s worst humanitarian crisis is not the legacy the UK should be looking back on another six years from now. We still have a chance to save UK Aid.

*Names have been changed to protect identities 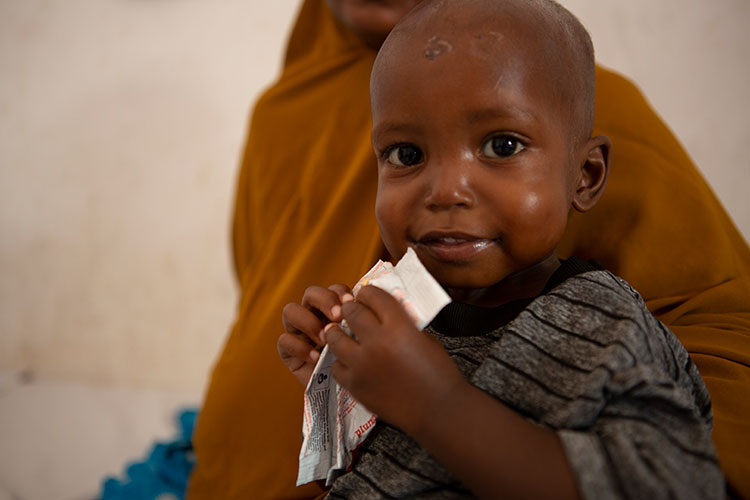 Write to your MP

Tell them you’re proud of how UK Aid makes a difference. 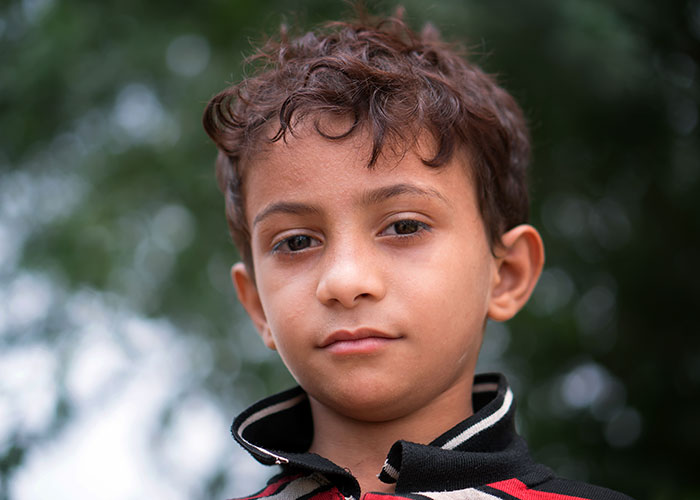