An estimated 615,500 Rohingya refugees are currently living in huge make-shift camps in Bangladesh. In 1978 Bangladesh saw an influx of refugees coming from Rakhine state of Myanmar, followed by more refugees fleeing to the country in 1992, 2012 and 2016. August 2017, saw the largest influx in the country to date. We spoke to refugees now living in ‘mega’ camps in Bangladesh, who shared their first-hand accounts, after escaping their homes. 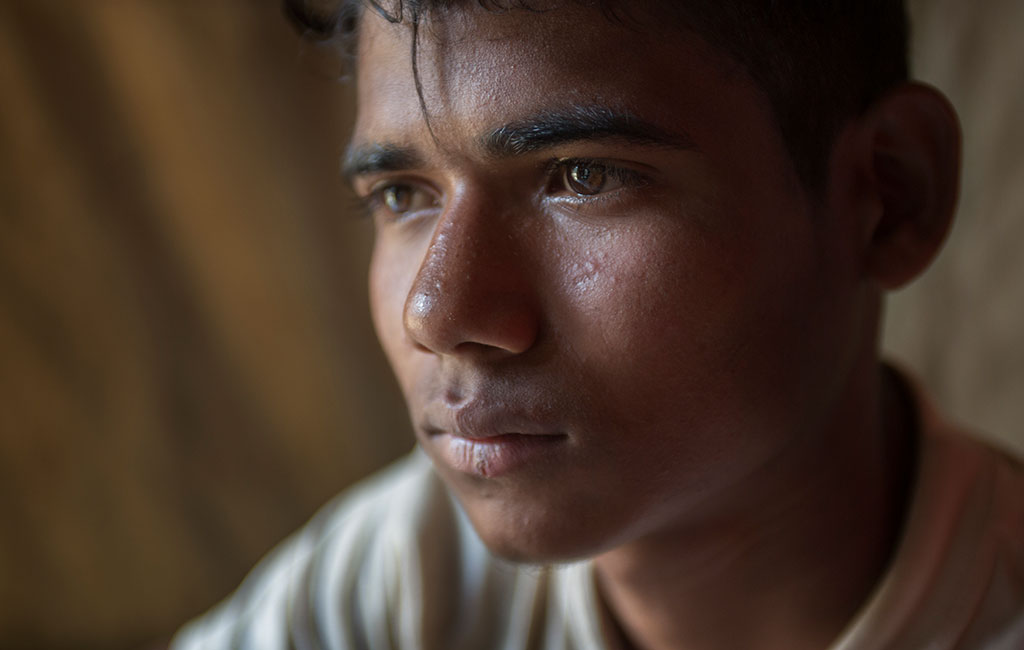 Mohammed Riaz was just 17, when soldiers came to his village Buthidaung.

He was separated from his mother, Hasina, and was only reunited with her in Bangladesh after he escaped his village. He lost his brother and two sisters.

Roshida Begum, 35, lost her husband when violence broke out in her village. She fled with her six children.

Mohammed Tayob, 40, a Rohingya community leader, could do little as soldiers raided his village over ten days.

“My mother and father were shot, so we ran,” remembers Mohammed. For three days, his wife and two young children trudged through the hills and forests to reach Balukhali and leave their old life and home behind.

“Many arrived in a really bad condition,” explains Shaki Rani Bose, a Woman’s Health Education Officer and Counsellor. “I saw ten times more people than I was used to seeing.” 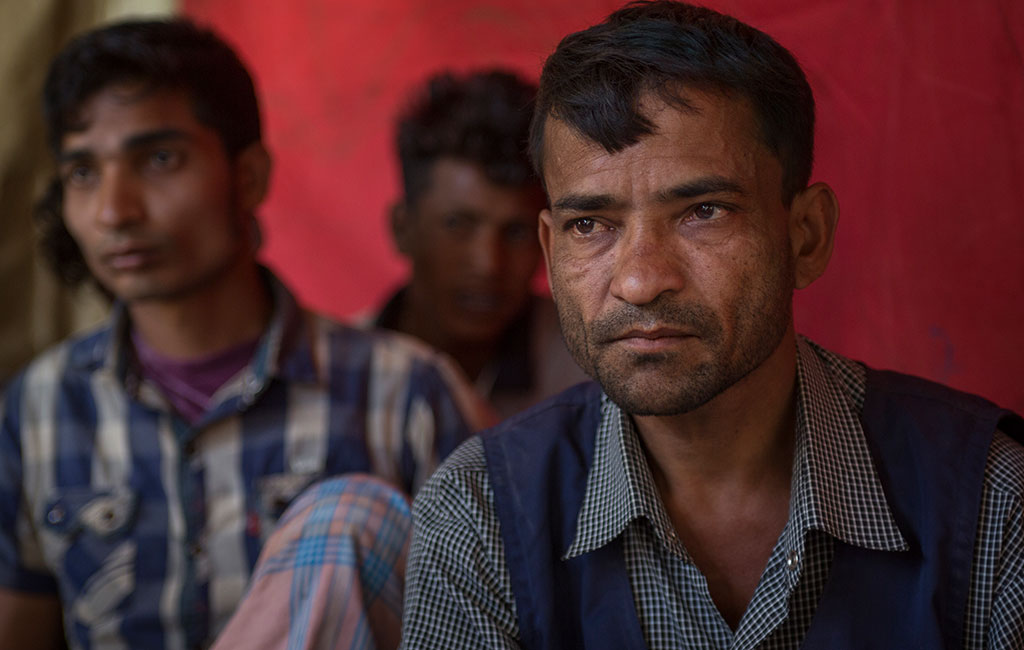 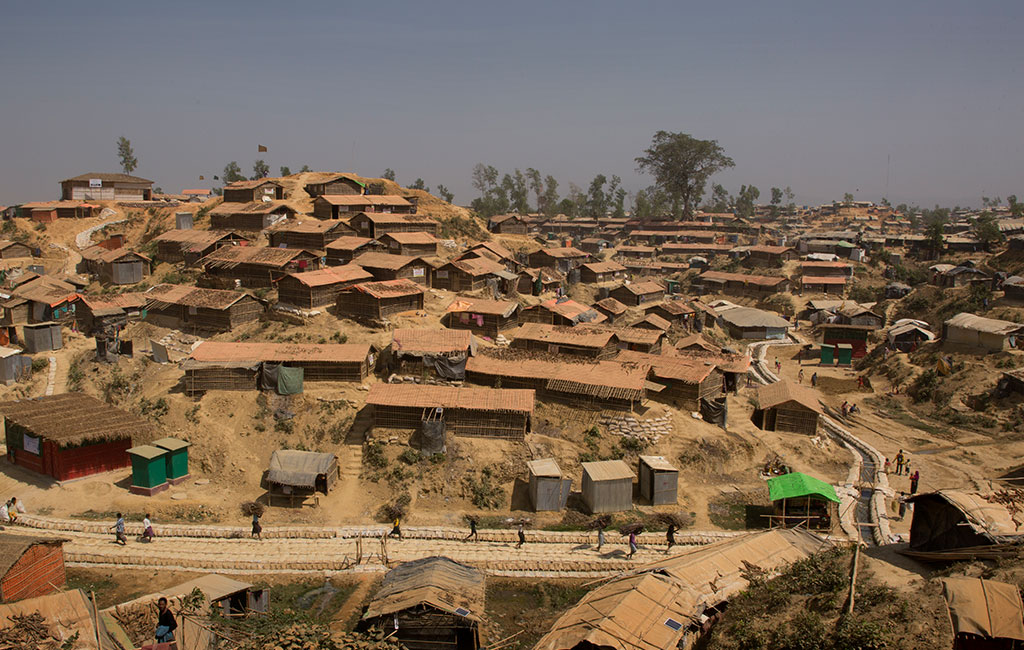 Challenges in the Refugee camps

For the refugee families living in the camps, daily life is tough. The trauma of displacement, and the impact of the brutal military crackdown, stays with them.

Living conditions in the camps are also difficult. Monsoons and landslides have hit them hard. For the communities living in Kutupalong-Balukhali, daily struggles can include, accessing a functioning toilet, eating lunch and keeping their children safe.

Our teams in Bangladesh are working on the frontlines in the Kutupalong-Balukhali ‘mega camps’. With support of local Bangladeshi communities and Rohingya refugees, who fled Myanmar before the refugee crisis escalated, we’re providing support to hundreds of thousands living in the camps.

At one point, our teams were treating 3,679 children under five for undernutrition every day.

“We are helping children to get out of hunger and have better lives in the future,” says Plabon Sarkar, Action Against Hunger’s Senior Health Officer in Bangladesh. “We have saved so many lives here.”

Many refugees have engaged with our stress management sessions and received one-to-one and group sessions focused on coping with the memories of violence from two years ago.

“I feel a bit more stable, day by day. I used to feel very alone. I didn’t think anyone wanted to listen,” says Mohammed Tayob, who received one-to-one psychosocial support. “I wanted justice for my parents. It was a relief to find people who understood the same things as me,” he continued. “Today when I share my story, I feel supported. I can cope better with the future, whatever it may bring.”

“Psychological first aid must always be closely linked with nutrition programmes in large-scale emergencies like this,” says Farhana Rahman, Action Against Hunger’s Mental Health Director in Bangladesh. “If you are stressed you will not be able to eat, sleep or maintain a healthy life. It’s that simple,” she continues.

Mohammed Riaz, like Mohammed Tayob, was also more optimistic about the future. “I used to isolate myself,” he explains. “The sessions we are having encourage me to share my story with others and to talk.” 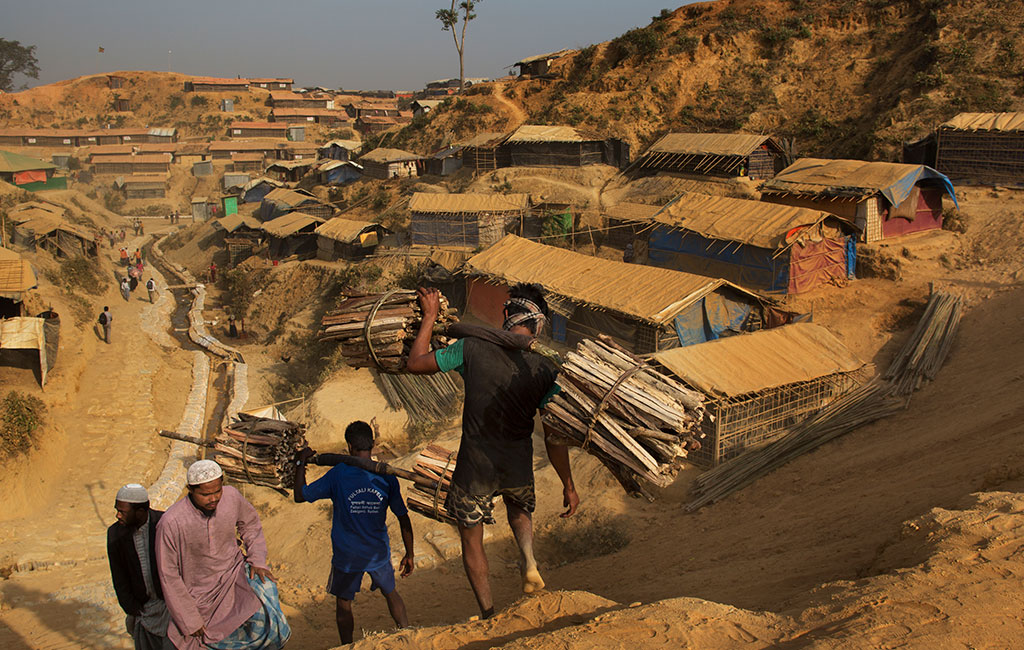 Despite the trauma Rohingya communities have faced, there is still hope.

“I have good and bad feelings working inside the camp,” says Shaki Bose. “The challenges refugees face are unbearable. I feel good that they are in a safe place now,” she continues. There is someone beside them who cares about them. That makes me feel good. I always see some smiling and encouraging faces, and that’s what makes me get up every morning.”

Rohingya refugees in Bangladesh need our support more than ever. Help us continue our life-saving work to reach vulnerable communities in countries like Bangladesh.