Even before Covid-19, Somalia faced ongoing insecurity, the worst desert locust infestation in decades, flash flooding that has affected more than 1 million people since March 2020 and a cholera outbreak that began in 2017.

Then coronavirus began taking lives, stretching the health system in a country where 20% of the population is internally displaced. Millions of people are spread out over more than 2,000 settlements next to crowded urban areas.

Early evidence suggests the pandemic is having a detrimental impact on other health services, and there’s an alarming rise in hunger and malnutrition levels, particularly among the most vulnerable communities.

At the start of the Covid-19 outbreak, Somalia had no ventilators and just two healthcare workers per 100,000 people.

To help the country’s response to coronavirus, Action Against Hunger staff are working at De Martini hospital, the only quarantine centre in the capital Mogadishu. The hospital has 71 beds for the 2.5 million people living in the city, as well as the large displaced community living on the outskirts of the capital. 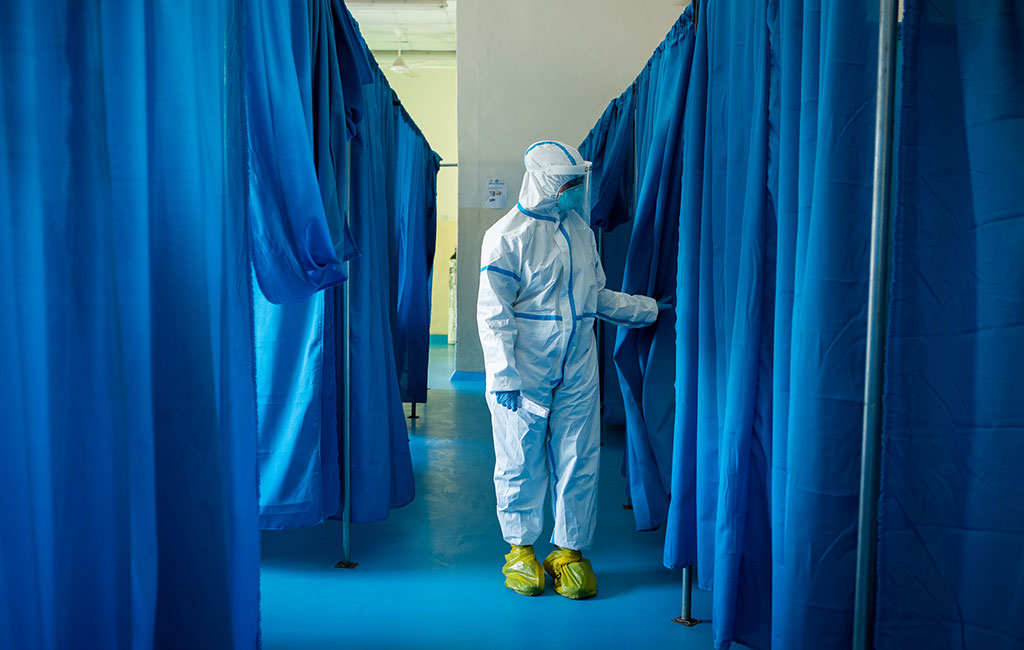 Despite experts believing the spread of Covid-19 is more widespread than the official figures suggest, the number of patients admitted to De Martini’s quarantine ward remains low.

Dr Xilwo Daud, a doctor at the hospital, believes that misinformation is deterring people from seeking treatment. “I think the number of Somalis coming to the hospital is less than the number of people who are dying at home,” she says.

“Many patients feel stigmatised – they fear that if they come forward and test positive, it is something to be ashamed of.”

In Mogadishu’s displacement camps, some people believe the virus is just a problem that exists in the main city but doesn’t affect them – even though they live in crowded conditions with limited access to healthcare, water and sanitation.

Many people have also started to believe that anyone who entered De Martini hospital never left. 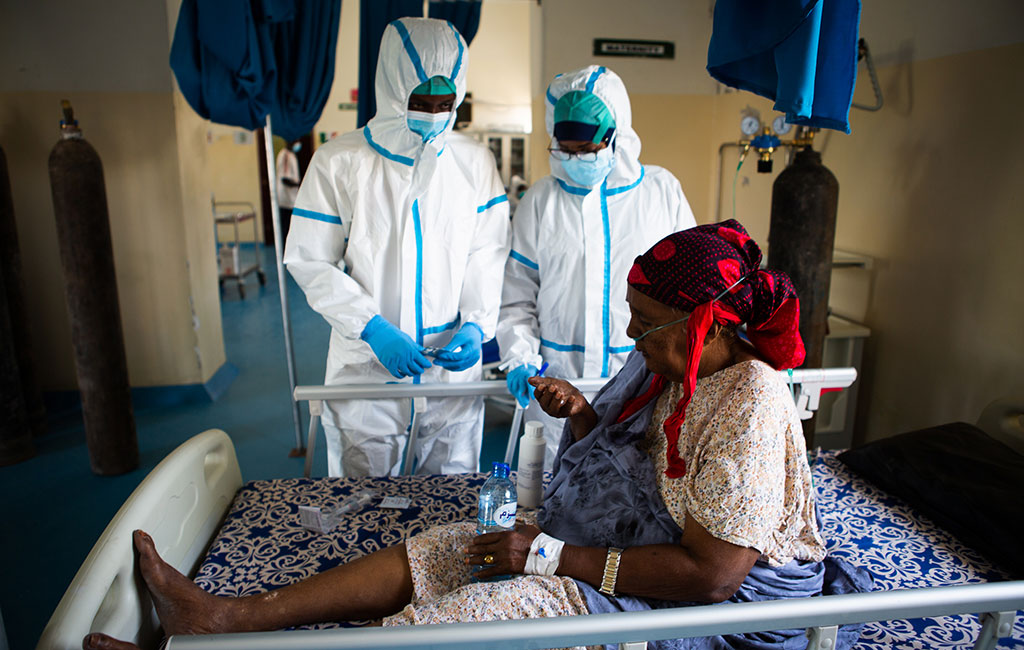 How Action Against Hunger is responding

Action Against Hunger is working with the Ministry of Heath to provide medical staff, training, and vital personal protective equipment to ensure the country can respond to the crisis.

But despite the country’s best efforts, its ability to respond to the pandemic is limited. While oxygen tanks are available at the hospital, ventilators to treat the most serious cases of Covid-19 remain scarce.

“If a patient needs to be intubated, we will have to watch the patient suffer because we can’t do anything. Eventually they will die,” says Dr Xilwo Daud.

With cases already confirmed among the staff at De Martini hospital, all staff are living on the premises to minimise the risk of spreading the virus. Despite missing their loved ones, it’s a sacrifice they’re taking in their stride.

“I believe the reason I went to school to get an education is that if such pandemics take place, I can be on the front line to support my people,” says Dr Xilwo Daud, who had no choice but to leave her young daughter with her parents. 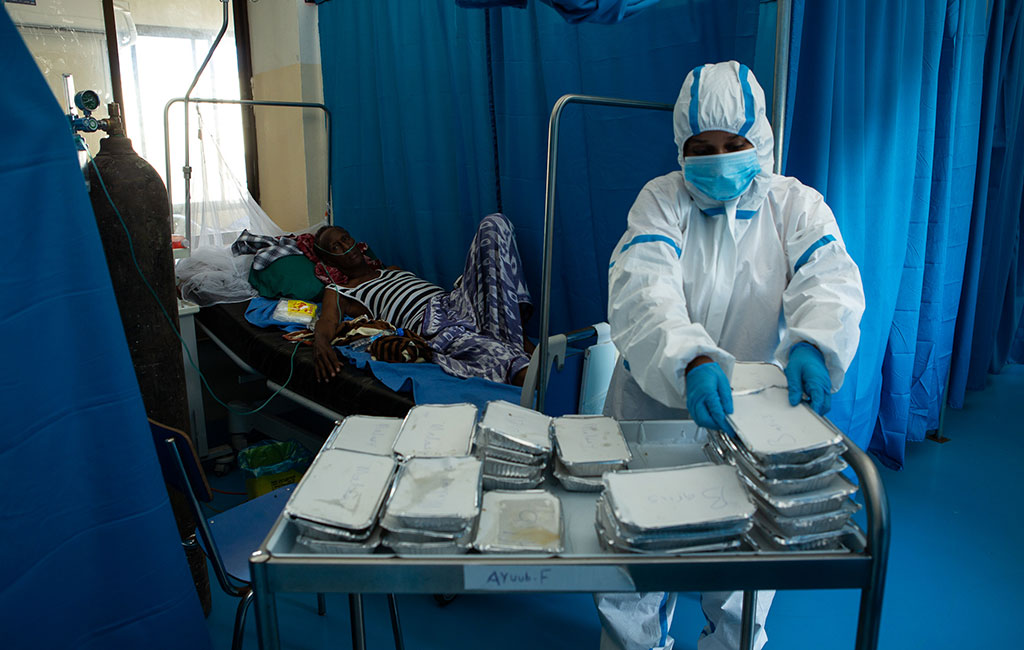 The straw that breaks the camel’s back

With already limited healthcare facilities struggling because of Covid-19, there are fears that the country will not be able to cope in the face of overwhelming humanitarian need.

Dr Ahmed Khalif is sombre about Somalia’s future prospects. “The situation in Somalia is incredibly grave,” he says.

“Our health system has been overwhelmed and the money is drying up. Without more support from the international community, I fear Covid-19 could be the straw that breaks the camel’s back.” 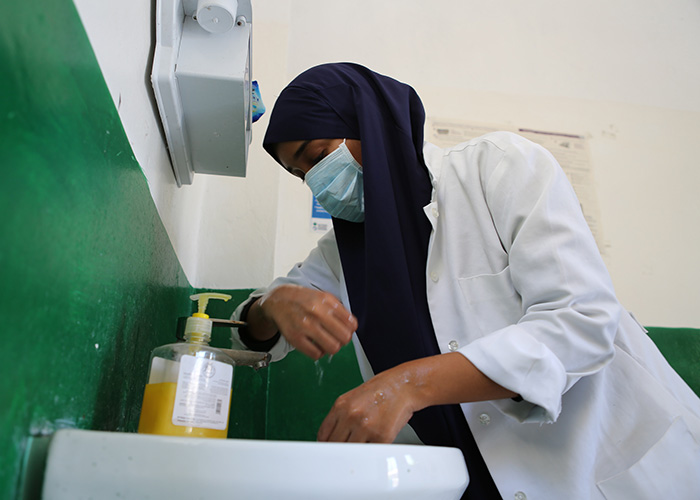 Millions of lives are at risk as Covid-19 sweeps across refugee camps and conflict-scarred countries like Somalia, South Sudan and Yemen.