Since 2017, Ituri, a province in the Democratic Republic of Congo, has been facing armed conflict fuelled by tensions between different communities.

The situation in the area is dire – 1.6 million people are internally displaced and families have no choice but to abandon their homes to take refuge from the fighting.

Last year, nearly 160 schools were damaged and at least 79 health centres were destroyed in Ituri. The lack of basic infrastructure and lack of access to land and safe water are making communities more vulnerable to food insecurity and malnutrition.

Over 27 million people are struggling to get enough healthy food in the Democratic Republic of Congo. The country also has the highest number of people in urgent need of humanitarian assistance in the world. 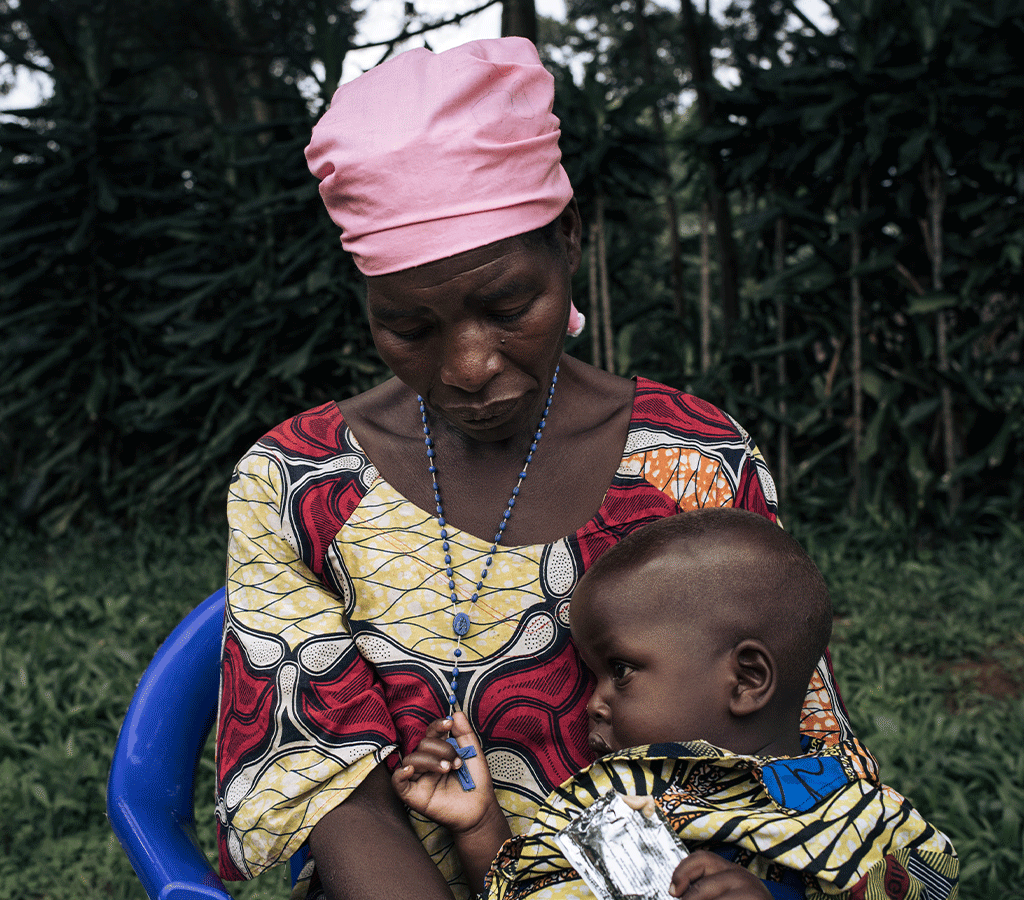 When armed gangs looted Georgine’s house, she fled the violence with her family.

“I was selling small things and my husband was a tailor. That’s how we paid school fees for the children,” says Georgine. “Now the children who are old enough are also working in the fields, because they no longer have school.”

Georgine has twelve dependent children, including the children of her husband’s first wife who was killed during the clashes. She often struggles to feed the whole family.

When a community health worker visited Georgine, in her home, they screened her 27-month-old son David for malnutrition. After seeing his condition, the healthcare worker immediately referred him to a local health centre where he was diagnosed with severe acute malnutrition.

In the Democratic Republic of Congo, 3.4 million children under the age of five suffer from severe acute malnutrition – the most life-threatening form of hunger. In Ituri, the highest figures are among children who have been displaced by violence. 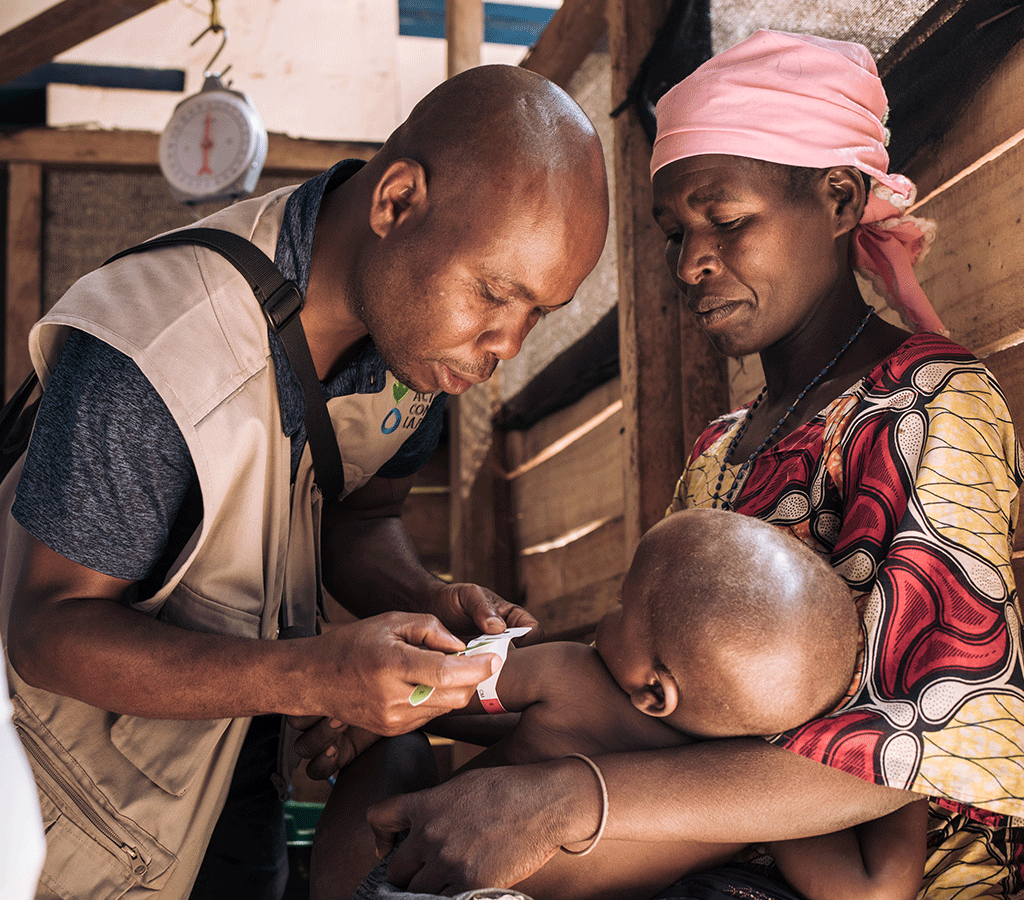 David now receives weekly treatment at the health centre. As part of David’s treatment, our team also advises Georgine on the best ways to feed her children.

Action Against Hunger’s emergency response programme in Ituri focuses on prevention and treatment of life-threatening hunger in the community. We also support health centres by training their staff and providing nutritional treatment.

Last year we supported almost 22,000 children like David under the age of five in the Democratic Republic of Congo. 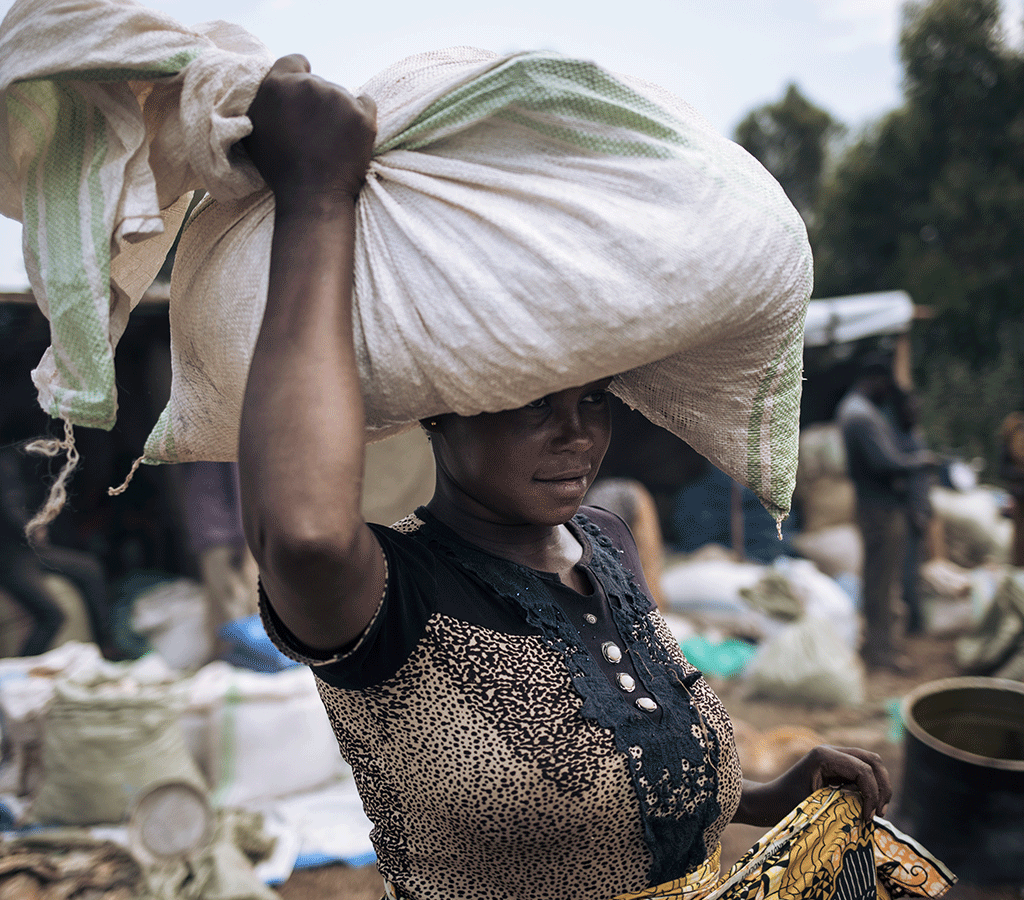 Access to food is a daily challenge in Ituri. Cécile is a farmer whose family has been displaced by the conflict.

“We are all living at the rhythm of displacement,” says Cécile. “This generates a lot of suffering.”

Cécile’s husband is also an agricultural worker, but their income was not enough to meet the needs of their four children.

To help people like Cécile, Action Against Hunger set up a food assistance programme that gives families access to food fairs and drinking water. Through this project, Cécile received vouchers to purchase food at her local food fair. 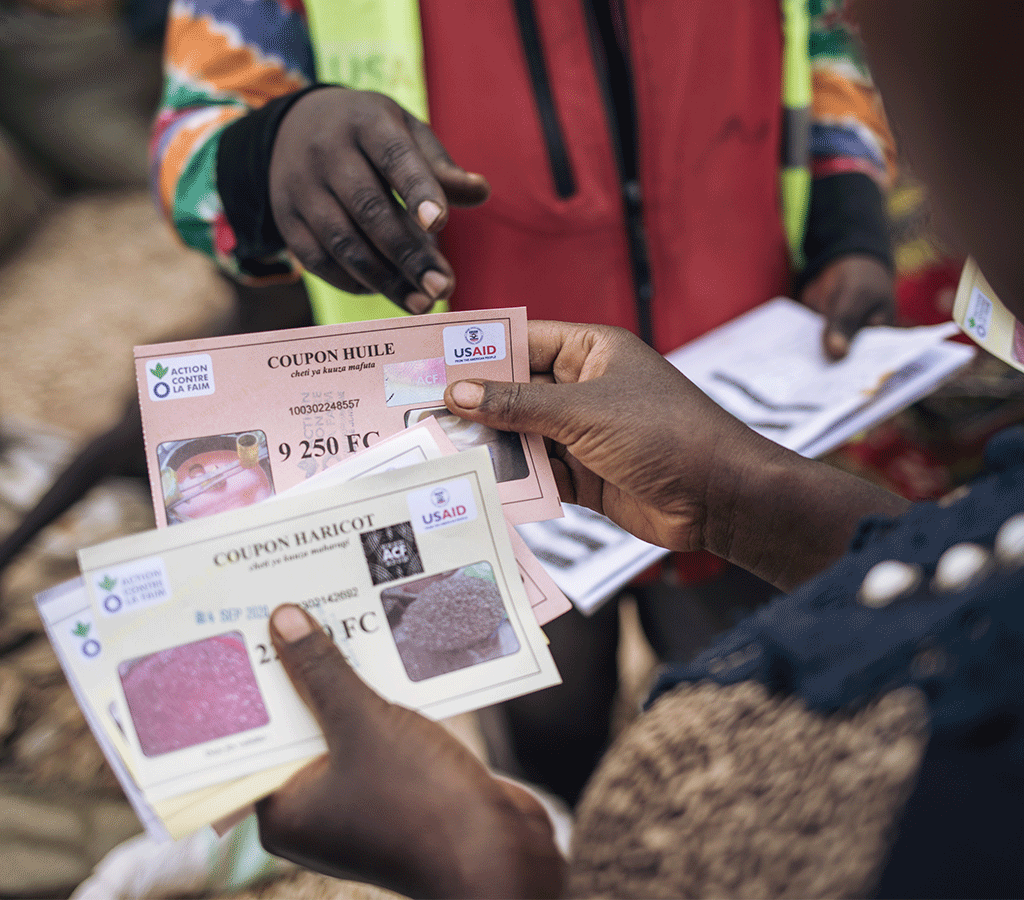 “Here at the fair I can find rice, fish, beans, but also maize, manioc and palm oil,” says Cécile.

By linking local traders and buyers, this programme also helps the local economic recovery while allowing people to access a healthy and affordable diet with choice and dignity.

Thanks to the vouchers Cécile received, she can now provide enough food for her family. 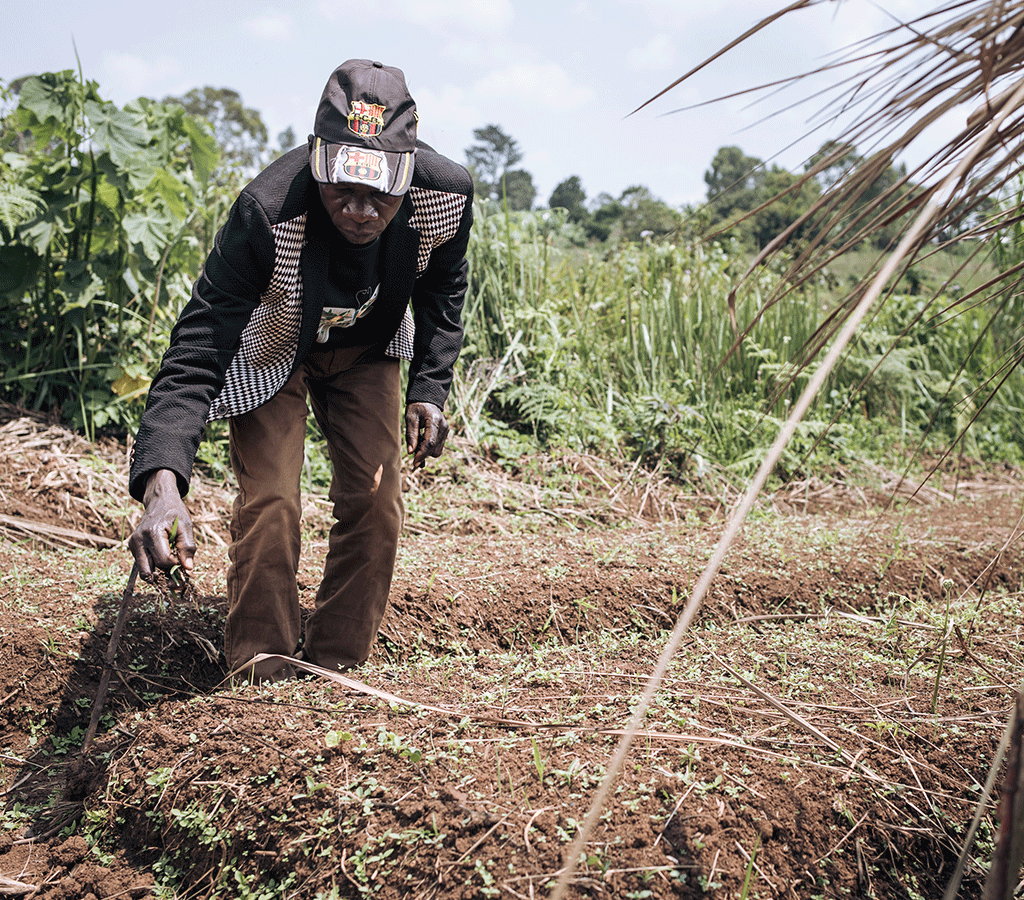 Georges is a local farmer who believes ongoing conflict in the region is making it almost impossible for local people to get the food they need.

“People abandon their land and become displaced,” he explains. “This creates difficulties for farming even after they return.”

Through our project, farmers like Georges receive agricultural training that enables them to produce seeds, seedlings and nurseries. 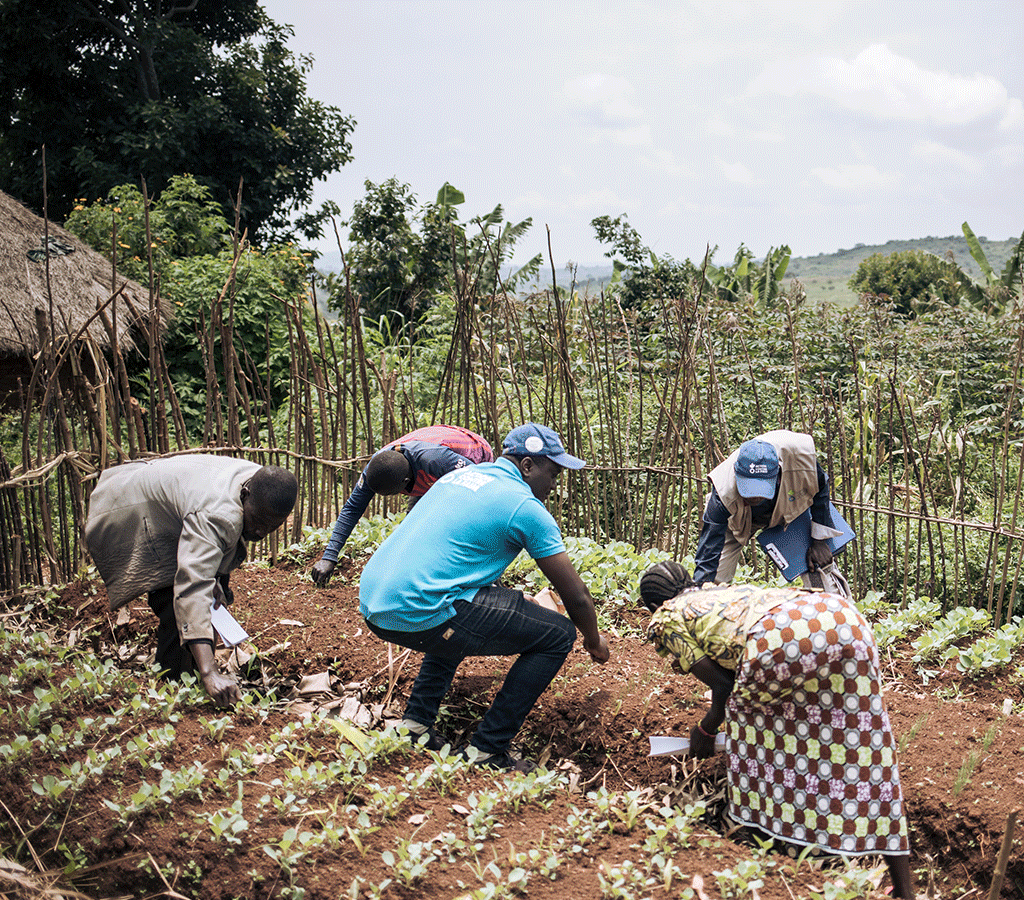 Georges is one of many to be equipped with new farming tools, seeds and training.

This project has enabled nearly 2,200 families to develop their own fields and vegetable gardens with participants already producing over two thousand tonnes of cabbage, onions, spinach and amaranth.

We're helping vulnerable communities in the Democratic Republic of Congo, but we can't do it alone. Help us scale up our work to save lives.